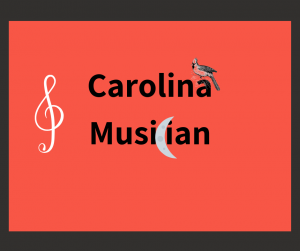 Randy Travis is a survivor of several adversities including a 2013 stroke that at one time had him on life support. He’s been in many car accidents and experienced a tough childhood with an alcoholic father.

The documentary Forever and Ever, Amen shows that Travis is a walking miracle who looks at his adversities as setups toward his higher purpose. He loves his faith, family, friends and fans more than anything, and he is genuinely grateful for every moment he’s given. The first 10 pages of his memoir start with the epitome of a nightmare, but it was his reality at age 54. First, Travis is semi-conscious on life support listening to the beep of his heart monitor while loved ones discuss pulling the plug on him. He can hear all this but is unable to speak for himself.

Then it transitions into Travis’ colorful upbringing in North Carolina and the stories of the first people who believed in him. His father Harold put a guitar in his hands. The Traywick children were raised in the family tradition of riding horses, and he instilled in Travis a devotion to country music. His father’s death fell within a week of his induction into the Country Music Hall of Fame in 2016. That night, Travis surprised the crowd when he stood up and sang the chorus of “Amazing Grace.”

At this stage in Randy Travis ’ career, he doesn’t have to do interviews. The North Carolina native is a legendary household name who is a member of the Country Music Hall of Fame, the Grand Ole Opry, and he’s a seven-time Grammy winner. He’s sold 25 million songs […]