Once upon a time…

Flag Day is the day the United States Flag was adopted in 1777. It was June 14 and that’s the way it’s been done ever since.

It became semi official in 1916 by a proclamation from then President Woodrow Wilson then official; in 1949.

Here’s the WikiLink if you want to read about.

Gastonia NC is the place where you will find the large flag. I’ve been by many times. It’s awesome. 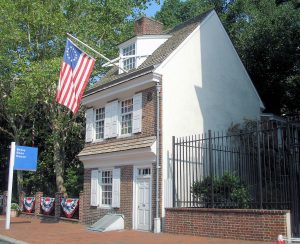 Image by By Coolcaesar at the English Wikipedia, CC BY-SA 3.0, https://commons.wikimedia.org/w/index.php?curid=6410841